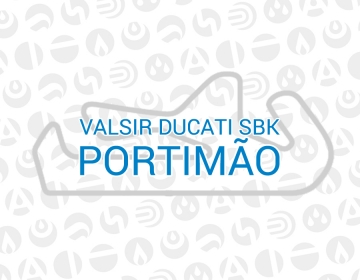 The Ducati Superbike Team prepares to race in Portugal this weekend

With the first half of the 2014 Superbike World Championship already behind them, the Ducati Superbike Team and riders Chaz Davies and Davide Giugliano now travel to the Portuguese ‘Autodromo Internacional do Algarve’ for round 8.

Comments ahead of the event:

"Portimao has been a fairly ‘average’ track for me in terms of past results. Heading there in July, in presumably hot conditions, might not be favourable to us, having seen the problems we were having in Sepang and Misano. So we’ll need to continue working to try and increase the levels of grip as, although everyone loses grip to some extent in the heat, for some reason we seem to be suffering a little more. If we can make headway there, I think we can obtain some decent results this weekend.”

“I’ve never had the best results at Portiamo and I don’t know why because I really like the track – I’ve just not been able to make the most of it. Having said that, this year I had the chance to test there at the start of the season and so I’ll definitely arrive more prepared than in previous years. During the Misano weekend we worked a lot on the bike and electronics in order to be better prepared for hot conditions and although we’re not quite there yet, we’ve definitely taken a big step in the right direction, and so I hope grip is less of an issue at Portimao. Misano was a difficult race day but we collected a lot of useful data that we can use in upcoming races, starting with this weekend.”

More in this category: « The Valsir soundproof systems on the front page Both Ducati 1199 Panigale bikes on the podium in today’s SBK race at Portimao! »
back to top